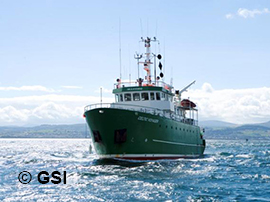 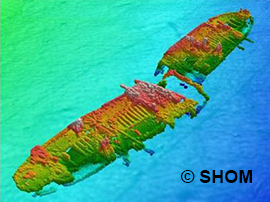 The project and portal development started in June 2009. Operational data discovery services and a viewing service for bathymetric data products (DTM layers) are provided to users since June 2011. A further extension of the EMODnet DTM to all European seas has been launched early February 2015. Thereby the viewing service have also been upgraded in a number of ways. The discovery services are further populated continuously, while early September 2015 and early October 2016 further improved versions of the EMODnet Bathymetry have been released, every time including more and more recent surveys data. Also a dedicated layer is included with a number of high multi resolution DTMs for selected coastal sites in Europe, combining data originating from multibeam surveys, aerial images and LIDAR surveys.

A higher resolution version of EMODnet DTM was published mid September 2018, based upon an again increased number of bathymetric data sets. These no longer only concerned data collected by plummets, single beam, multibeam, and LIDAR instruments, but also Satellite Derived Bathymetry data products for coastal stretches, in particular in Greece and Spain. The earlier grid resolution of the EMODnet DTM has been increased from 1/8 * 1/8 to 1/16 * 1/16 arc minutes (circa 115 * 115 meters) and the geographical coverage has been expanded to include European arctic waters and Barentsz Sea. The functionality of the Bathymetry Viewing and Download service has been upgraded too. Powerfull 3D visualization has been added to the viewing service, which requires no plug-ins. The download service was expanded to allow downloading of DTM tiles from the old 2016 version and the new 2018 version. Downloading is free as always, while a lightweight registration has been added allowing to learn better our users and their applications. This will support the planning of future upgrades.

Early 2019 best estimate digital coastlines for Europe for a range of tidal levels as well as a layer with a collection of higher resolution hotspots (196 HR-DTMs) have been added to the viewing service while the new DTM tiles have also been released with MSL reference level next to the current LAT vertical reference. In addition a Quality Index map layer has been added, derived from the source references layer, allowing a user to see at a glance which areas of the DTM have a high quality index and which a relatively low because of lacking high quality data sets.

In the middle of 2020, the EMODnet Bathymetry World Base Layer (EBWBL) was added as a layer in the viewer and as OGC WMTS service, providing a gridded representation of worldwide bathymetric and topographic coverage adapted for a better representation of seabed morphological features. It is composed of the 2018 EMODnet Bathymetric grid around Europe (approx. 115m resolution) and uses the GEBCO 2019 grid (approx. 500m resolution) elsewhere in the marine environment. Land coverage is based on a combination of 30 arc second ASTER GDEM, SRTM3, EU-DEM, and Global 1 second world-wide water body map for the topographic part.The compilation and void filling of the land DEM is based on the work of  ViewFinderPanoramas.org.

End 2020 - begin 2021 all products and services have been updated, such as a new release of the EMODnet DTM which now is based upon more than 16200  bathymetric data sets from plummets, single beam, multibeam, LIDAR instruments, and Satellite Derived Bathymetry data products for coastal stretches, in particular in Greece, Croatia, Spain, Cyprus, and Denmark. The grid resolution has been maintained at 1/16 * 1/16 arc minutes (circa 115 * 115 meters) and GEBCO 2020 and IBCAO V4 have been integrated for covering gaps. The download service now allows to download DTM tiles from 2016, 2018, and 2020 versions. Downloading continues to be free as always, while a lightweight registration is used for allowing us to know better our users and their applications. Begin 2021, also updated releases have taken place for the best estimate digital coastlines for Europe for a range of tidal levels, the higher resolution hotspots layer, and Quality Index layer.

Further improvement and upgrading of the products and services is underway.