The Met Office and National Oceanography Centre (NOC) are jointly developing a new storm surge forecast model for the UK. The new system uses NEMO as the underlying ocean model. In order to correctly forecast storm surge it is vital that the model's tidal solution is accurate, which in turn requires an accurate bathymetry. As part of the setup a number of different bathymetry products have been tested, and the results compared against observations from tide gauges around the UK.

Using a bathymetry based on the EMODnet dataset led to an overall improvement in the model tide solution compared with the previously used NOOS bathymetry. Systematic biases in particular have been reduced. The figure shows errors in the M2 constituent (the most dominant in the UK region) for ports on the east coast, where there are significant improvements using EMODnet.

As a result, EMODnet has been selected as the bathymetry to be used by the new system. 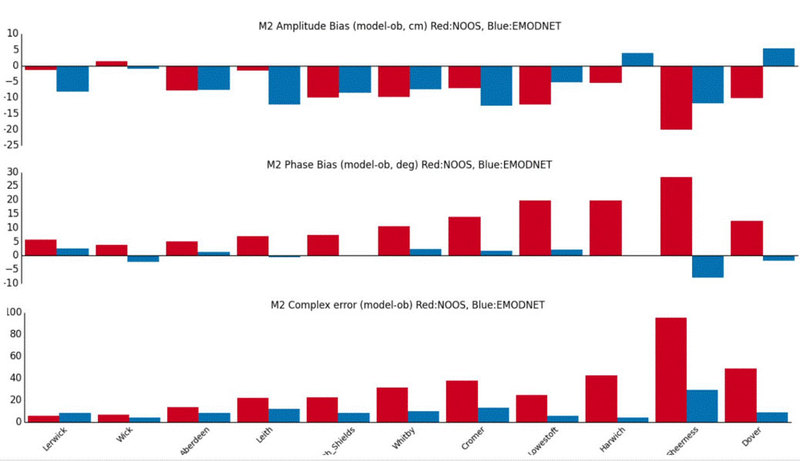